DENVER – Home sales increased 2.3% year-over-year in April 2018 in the face of record low inventory and the second-highest median sales price in the nine-year history of the RE/MAX National Housing Report. To access the housing report infographic, visit:https://rem.ax/2phKHWT.

“If 2018 is like recent years, we’re only two months away from home prices peaking — we’re already seeing some impressive prices moving up in markets throughout the U.S.,” said RE/MAX CEO Adam Contos. “As we head into summer, we’ll watch several housing markers like home starts, mortgage applications and sales price to gauge the effect they’ll have on inventory across the country — the good news is that the rate of sales helps accommodate a shrinking inventory and buyers can still find opportunities.”

The $243,000 Median Sales Price was a record for April and was second only in report history to $245,000 in June 2017. In each of the last five years, June has produced the year’s highest Median Sales Price, with July or August posting the second-highest monthly price each year.

The average Days on Market for homes sold in April 2018 was 52, down eight days from the average in March 2018, and down five days from the April 2017 average. The metro areas with the lowest Days on Market were San Francisco, CA, at 19, Seattle, WA, at 21, Denver, CO, at 23, and Las Vegas, NV, at 29. The highest Days on Market averages were in Augusta, ME, at 119, Burlington, VT, at 110 and Hartford, CT, at 91. Days on Market is the number of days between when a home is first listed in an MLS and a sales contract is signed.

The number of homes for sale in April 2018 was up 3.4% from March 2018, and down 11.3% from April 2017. Based on the rate of home sales in April, the Months Supply of Inventory remained at 2.5 from March 2018, and decreased compared to April 2017 at 2.8. A 6.0-months supply historically indicates a market that’s balanced equally between buyers and sellers. In April 2018, all 53 metro areas surveyed reported a months supply at or less than 6.0, which is typically considered a seller’s market. The markets with the lowest Months Supply of Inventory continue to be in the west with Boise, ID, Denver, CO, San Francisco, CA, and Seattle, WA, at 1.0.

For specific data in this report or to request an interview, please contactnewsroom@remax.com.

Editor’s Note: Please note the name change to this month’s housing report. Beginning in May 2018, the title of the RE/MAX National Housing Report will reflect the month of MLS data being reported on in the report. For example, the April 2018 report reflects the April MLS data.

About the RE/MAX Network:

RE/MAX was founded in 1973 by Dave and Gail Liniger, with an innovative, entrepreneurial culture affording its agents and franchisees the flexibility to operate their businesses with great independence. Over 120,000 agents provide RE/MAX a global reach of more than 100 countries and territories. Nobody sells more real estate than RE/MAX, when measured by residential transaction sides. RE/MAX, LLC, one of the world’s leading franchisors of real estate brokerage services, is a wholly-owned subsidiary of RMCO, LLC, which is controlled and managed by RE/MAX Holdings, Inc. (NYSE:RMAX). Every year, RE/MAX agents are proud to raise millions of dollars for Children’s Miracle Network Hospitals and other charities. For more information about RE/MAX, to search home listings or find an agent in your community, please visit www.remax.com. For the latest news about RE/MAX, please visitwww.remax.com/newsroom.

The RE/MAX National Housing Report is distributed each month on or about the 15th. The first Report was distributed in August 2008. The Report is based on MLS data in approximately 53 metropolitan areas, includes all residential property types, and is not annualized. For maximum representation, many of the largest metro areas in the country are represented, and an attempt is made to include at least one metro from each state. Metro area definitions include the specific counties established by the U.S. Government’s Office of Management and Budget, with some exceptions.

Transactions are the total number of closed residential transactions during the given month. Months Supply of Inventory is the total number of residential properties listed for sale at the end of the month (current inventory) divided by the number of sales contracts signed (pended) during the month. Where “pended” data is unavailable, this calculation is made using closed transactions. Days on Market is the number of days that pass from the time a property is listed until the property goes under contract for all residential properties sold during the month. Median Sales Price is the median of the median sales prices in each of the metro areas included in the survey.

MLS data is provided by contracted data aggregators, RE/MAX brokerages and regional offices. While MLS data is believed to be accurate, it cannot be guaranteed. MLS data is constantly being updated, making any analysis a snapshot at a particular time. Every month the RE/MAX National Housing Report re-calculates the previous period’s data to ensure accuracy over time. All raw data remains the intellectual property of each local MLS organization. 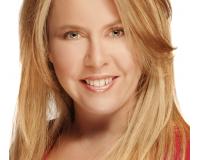 April 2018 REMAX National Housing Report - Press Release - April 2018 Re/Max
5 Reasons To Hire A Real Estate Pro - Whether you are buying or selling
The State Of Maryland Is Giving Away Money To Help You Buy A Home - The State of Maryland has a great
How Much Home Do I Qualify For - Income. Debt. Down Payment.

In just a few seconds, you will be searching just like a Realtor®

The Chris Cooke Team specializes in the marketing and sale of homes and unique properties throughout the Greater Baltimore Metro area. In contrast to most real estate agents, our team members have diverse backgrounds that include extensive experience in marketing, property development, technology, real estate, photography, and most importantly Fortune 200 level sales experience. Our experience in working for large Fortune 500 companies provides a blueprint for the way that we run our business and service our customers.

This unique background and skillset, coupled with our ability to leverage our network of Baltimore's most popular home buying web sites, enables us to maximize the sale price of your home while minimizing the number of days the home spends on the market.

When you hire us to assist in the sale or purchase of a property, you are hiring a compa ny, not an individual agent. Our team approach and large support staff enables us to deliver highly specialized comprehensive services that provide support during every aspect of the home sale or purchase. We are committed to superior customer service, complete client satisfaction, and intensely focused on the sale of your most important asset.

Whether you are buying or selling a home, it can be quite an adventuro

How Much Home Do I Qualify For

"Chris and his entire team are excellent. Their combined years of knowledge and experience will get your property sold for the best price. The client is placed first and they go to "bat" for you all the way to the end. You can't lose if you select this winning team!"

This is a list of your favorite properties. We will email you if a property is reduced or leaves the market.

This message will go directly to the head of our team.